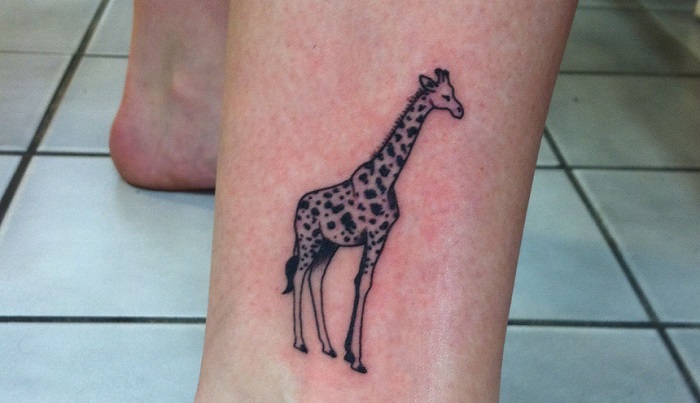 The giraffe is an animal to be admired, no matter what we think about it. It may not look that way but the giraffe has wisdom to share and we can all learn something from another being made by Mother Nature.

If you take a better look at this magnificent animal, you can easily notice the symbolics that it represents and the deeper meaning you can reach in the presence of this creature.

The first thing everybody thinks of when the giraffe is mentioned is its long neck which shows us how nature gives everyone what they need. It made us the way we are because of the way we are supposed to live.

The giraffe’s long neck is often mentioned as a symbol for raising our standards and creating a better, higher view which will help you see your path more clearly and help you get a better vision of everything you need.

Many people think that the giraffe is a symbol of patronising, but this is not the case.

Giraffe, as a totem, is considered to be an animal that gives you a clearer insight into life and which can help you stop being blind in life.

The things life puts in front of us can be seen from many different angle, but the giraffe is above it all which means that it is avoiding all the distractions in its life.

You can rely on your giraffe totem when you want to rise above your life to see the way your life is heading. Seeing it from the heights can make it clearer for you.

That’s why you can also create the bigger picture of what you want to be tommorrow.

Giraffe is a very kind and a very graceful animal so you can rely on its totem when you need to go over a difficult situation. 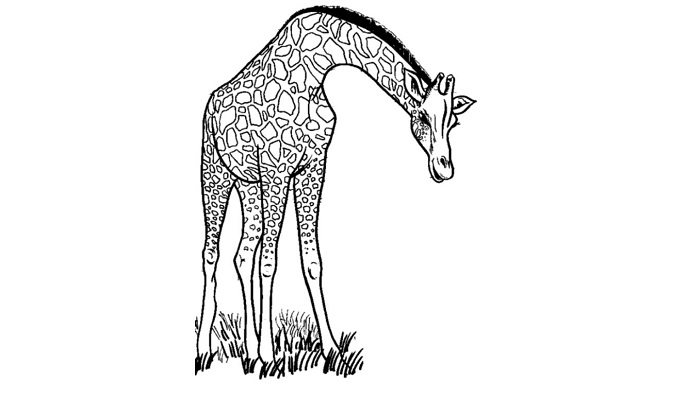 No matter what is the question, the giraffe is always here to encourage you to make a special effort to improve your life to better. It stands out because of the fact that its physically different from other animals and therefore it tells you that it is completely okay to be different!

The giraffe is always a good reminder of our worthiness and the fact that we can all rise higher above, we just need to be dedicated and spend more time in life doing those things that will make us a better person tommorrow.

The giraffe is also a strikingly graceful animal, although it might not look that way. It can show you the way to rise and reach your full potential but do it in a graceful way, so you achieve balance in your life.

The giraffe tattoo is also there to remind you of the vision you need to work on and the strength to look over the horizon.

The giraffe tattoo can remind you about all of that or more and you can wear it as your own personal guidance.

Many people have it on them in case they enter a tough time in their life: this way they can remind themselves that they have already made a big difference.

Some of the giraffe tattoo bearers choose a giraffe tattoo to show how they are already making changes and that they see the big picture which motivated them to move forward and strive to better life.

The meanings of giraffe tattoos

Vision – the giraffe symbolizes a better and a learer vision of your future. It’s sometimes better to create the big picture, and the giraffe does this effortlessly because it has the long neck that helps it.

Beauty – the giraffe is a great and majestic animal so its beauty can be inspiring to many people, especially because it is different, but still considered to be very beautiful

Cleverness – the giraffes are more clever than people think they are, you should actually see how they react to the things going on around them

Intuition – the giraffes have a great inner intuition. They can sense when something is wrong and hide if it is needed. This can be a symbol for those who are insecure.

Resourcefulness – the giraffe is very clever and can find a way out if the problem pretty fast. Their long necks help them in these situations

Sensitivity – the giraffe tattoo is often chosen by women who like these animals because of their sensitivity and kind nature. They are good-hearted.

The girrafes are very emotional animals and they are tender to their babies so a lot of women choose a tattoo of a baby giraffe “necking” with their baby giraffe.

It is interesting to know that the necks are important to them as a social rank measure. The longer and prettier the neck, the more popular is the giraffe.

Although a lot of people think that giraffe is graceful but clumsy, they are still fascinated by their grace although they have long necks and legs.

The giraffe is also a very adaptable animal so getting a giraffe tattoo can show your similar in that meaning.

These animals are very cautious because they are vulnerable but they also have a great intuition. Maybe the giraffe tattoo is good for you because it represents you as similar character.

In the ancient time of the Roman Empire, giraffes were brought to coloseums because the Romans were fascinated by them and their looks (some even thought that a giraffe was born from leopards and camels).

If you have heard about Dali, the famous impressionist, you have to know that the giraffe was a very often motive on his paintings. He loved to paint jungle animals because he considered them all outstanding.

Giraffes are not an extremely popular tattoo design but when it is done it must be done by a skilled tattoo master. Their skin and their texture needs to be worked on a lot so be ready to spend more sessions in the tattoo parlour.

Sometimes the giraffe tattoo is made in a humorous way, like a cartoon character. This makes it look happier and more childish, ideal for those who work with children.

Giraffe tattoos are thought of as positive tattoos because the giraffe is highly liked for its dimensionality and body coloring. If you are brave enough to rock colours on your skin, it should be no problem to get this one.

Although the giraffe tattoo is mostly tattooed in warm countries of Africa where the giraffe lives and where is her natural habitat, there are a lot of giraffe admirers who love this exotic animal and chose to make a tattoo of it on their body.

The popularity of giraffe tattoo can be explained by the fact that the giraffe is a very kind animal which live in a very calm communities, protecting their relatives and family in every way and they don’t have a problem with the humans.

A giraffe unique coloring is a very good base for a tattoo and is often used as a pattern.

What is interesting, a giraffe’s coloring is unique and there is no other giraffe with the same coloring so it is kind of like human fingerprints. That is why every giraffe is unique.

The giraffe is also a very kind and peaceful animal, and is never agressive and hasn’t got it in her nature. They will be nervous only if they feel they are in danger.

That is why a giraffe’s tattoo cannot have negative meaning and can only mean good things such as prosperity, happiness and peace.

The giraffe tattoo can be used as a lucky charm by it’s bearer and keep him safe from evil and agression. That is why a giraffe’s tattoo is chosen by people who are good natured, noble and positive.

The giraffe tattoo fits both genders but females choose it more often because men think it affect their masculine look.

Giraffe tattoos are great for legs and hands because of the long shape of the animal. The pattern looks great even on light skin. Some people with darker skin tones do a little contrast and make the giraffe in bright colours. This looks especially beautiful on those who already have a condition like vitiligo: it helps them cope with it.

These are some impressive giraffe tattoos.

This is a small but very effective giraffe tattoo which is situated on one of your fingers. It is very tiny, because it must fit in the small space of the lower part of a finger.

It is fully painted black and has no giraffe dots but it really looks like a giraffe’s shade. It is ideal for those people who are maybe afraid of getting a large tattoo or don’t think that they would make a great canvas.

This tattoo looks great because of the wonderful white and brown watercolors which are used to ink the giraffe tattoo.

The tattoo looks delicate and elegant because of the pale and soft colors in which it is made. The giraffe tattoo looks almost like it is a painting not a tattoo.

This tattoo is very bold because it covers the bigger part of the back and giraffe’s elongated neck goes up to the neck.

But it is a strong symbol of your belief and your view of life.

It is made either in black or in original giraffe colors.

This tattoo looks almost like a real photography. It shows the beautiful African landscape in sunset, and uses bright colors such as red and orange for the sky, and it shows all the details very clearly. You can see everything: from the giraffe’s eyelashes to the blades of grass.

It represents your respect and appreciation to African beautiful nature and the peace that can be seen there.

This kind of tattoo is all made out of the dots which differ from giraffe to giraffe.

There aren’t any details, eyes, teeth or anything else: the complete tattoo is made out of black dots.

Giraffe head tattoo is the most common kind of tattoo because it shows only itd head and a part of the neck.

It is made either black or colored but it fits good on arms and legs and isn’t too fancy or over the top.

Small giraffe tattoo is a great tattoo because it fits on any part of your body. It can be made modern (f.e. geometric shapes), classical, carttoonish (which is often in bright colors) or just plain.

This is very difficult to make because it requires a lot of detailing. The spots have to be different but balanced.

It can be made as a small ir a big tattoo but it looks great both ways.