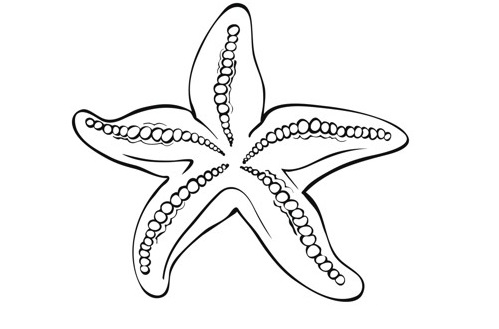 The starfish is a tissue animal and belongs together with the sea urchin to the stem of the echinoderms. Thus one finds starfish not only in the Atlantik and Pacific, but also in the Indian Ocean. That is, the habitat of the starfish extends from North America to South America and Africa to Europe, Asia and Australia.

The most famous feature of all starfish are their five arms and their orange and brownish-violet color, giving it the appearance of a star, from where the starfish also has its name. But there are also specimens with four, six or more arms. Although starfish have no eyes, but suckers on the back at the end of each arm.

Unfortunately little is known about the starfish in mythology, but people still believe that their star-shaped appearance, which reminds us of the stars in the heavens, also gives us hope and light on our way.

If the starfish swims into your life as a power animal, then it’s time for introspection, self-confidence and regeneration. Depending on the color and how many arms the starfish shows, he also has a different range with a special focus on you. However, you can only feel them alone. The starfish is a water-loving animal that is at home in the sea, which is why you want the power starfish, that you now deal with your emotional world and realize that you are part of a larger whole and not just a small, seemingly insignificant starfish.

You are a part of the sea animals, together with many other beings – is not that wonderful? Learn to move soundlessly and emotionally through the Great Earth and its own depths, because even the slightest shock will cause other and possibly even greater shocks that could not only harm you, but also other beings. If the starfish is your power animal, not only does it want to boost your self-confidence, but it also shows you how to orient yourself with your eyes closed – just by slowly moving forward and listening to what you feel. The starfish does not care either, because he has no eyes just suckers.

So you can learn from him how to hold on to something or someone without seeing him and believe in something that you can not see but feel. Hardly any other being can teach you “blind trust” better. Antoine de Saint-Exupéry, the author of the book “The Little Prince“, once said: “You only see well with your heart. The essentials are invisible to the eyes. “The same is true of the teachings and power animal medicine of the starfish.

Nonetheless, this trait tells you that not everything is lost long ago just because of losses. So the power animal starfish also represents salvation. What have you been sucking on for too long? What you can not or will not let go, even though you know it will hurt you? With these and similar questions, the starfish wants to confront you as a power animal, so that you can find yourself again and develop further.

Likewise, the starfish is also a symbol of the walks with the times. Everything comes and goes, because everything that lives is (in) movement. Standstill and rigidity are death. Thus, the power animal starfish teaches you flexibility, adaptability and gives you the power to let go. If times are over your head, or if you have trouble surrendering to the stream and your emotional world, then ask the starfish for help, because in Him you have a good guide who will guide you safely through the depths of the sea and the transformation of the sea Takes time.

Nevertheless one tells the starfish a connection to the star people and that he carries the star knowledge in itself. If the starfish is your power animal, you can ask the starfish for it and ask him to introduce you to it.

The starfish also has the form of a pentagram, which is why the starfish as a power animal also stands for protection, defense and defense. The surface of a starfish is not smooth, but roughened and covered with a few tufts of thorns and small columns that provide excellent protection against intrusive and uninvited guests. 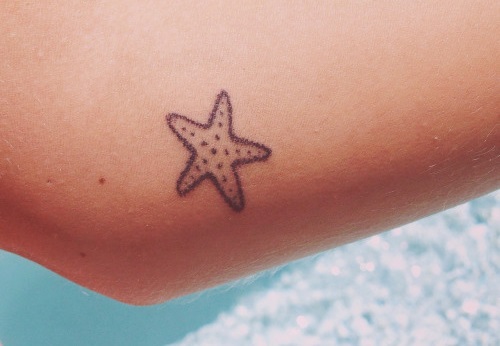 Discover your own inner glow and the colors of your soul, as well as the starfish at high tide in the sea or at low tide on the beach like little gems in many different colors shine or sparkle. Give yourself to the power of starfish and the power of the water, if you want to know how you can become master of your feelings or how you want to translate your dreams and visions into reality. Your intuition and the will not only to dream your life, but to live your dreams, will be of great help to you on the path of realization. The Star of the Deep truly shows you the magic of the feelings and the magic of the underwater world, if you trust it. Dream Interpretation A starfish in the dream heralds a time of healing and regeneration. Likewise, the dream of starfish calls for more self-confidence and to recognize oneself in the color of the starfish.

However, the appearance of a starfish in the dream can also point to impending decisions, in which many options must be weighed, with each arm of the starfish being an option. Also, a starfish in a dream can indicate that you have been stuck to something and do not want to let go or somebody else like a starfish with suckers sucked out.

The Starfish is a very old but modern tattoo that has been used for more than a century. Back in ancient days, before modern navigation, sailors sailed in part by staring at the stars in the sky, especially the northern star in the north, and various other star constellations in the night sky.

On the southern footpath, sailors had to use different stars and the South Cross became quite familiar. The sailors then tattooed the Starfish tattoos, relying on the stars to bring them home, and were superstitious, hoping that their star tattoo would help them get home better.

The Starfish is to create your own way, but use the stars as a guide when you are lost or frightened. The “Old School” 3-D Starfish tattoo has five stems divided by a line in half. Each triangular piece is filled with alternating colors, mostly black and white (early days tattooing Starfish) or red and black were basic colors . Today you can see them in a variety of alternating colors, giving them a 3-D illusion.

Tattoo of Starfish and its symbolic meaning is slightly expanded, but not far from what the sailors used as symbols of these tattoos. Today when people are tattooed with a Starfish, this tattoo can come with different meanings for them, some are in the memory of a sailor or soldier, others may mean a course in their own lives. Star tattoos were never related to any religion or way of life. It seems however that leadership is a universal definition of tattooing Starfish, whether it is personal leadership, or memory of where they were and where they will be in life.

Ireland looks at the Starfish as a sign of good health, while some members of gay and lesbian communities tattoo Starfish on their inner wrists that symbolize the unity of their relationship. Many punk rockers also tattoo the Starfish tattoos. Aaron Carter has one on his right shoulder. It is said that when a star has a spit up (say the hand, the longest point will be facing the sky), it symbolizes that the person has a brighter view of the situation.

Nautical Zodiac Tattoos are a very popular design, one worn above all by sailors and soldiers, now found on many different individuals in all areas of life. This universal design brings a constant reminder of what someone is looking for from their lives, their path, and their destination.

Planning to decorate your body with tattoo before you is a tough decision about where and where to tattoo. Specifically, once you make it, there is no return unless you decide on one of the most expensive treatments to remove it. Your workplace can be a limiting factor, but at the same time help with making a decision about a tattoo site. So many paint a place that is easy to cover while others lead to the level of pain that varies depending on the area and personal tolerance. The tattoo has long been known by some of the greatest stars, such as Angelina Jolie, Victory Beckham, Megan Fox, and Rihanna, who have recently launched a popular tattoo trend.

This place is perfect for less tattoos and words, and good news is that it is low on the scale of pain. The tattoo that is on the inner arm can be covered with a simple string of bracelets, watch or some other fashion accessories, so it will not create problems in some delicate situations where it is not advisable to detect it.

Although it is more difficult to hide from the aforementioned place, the tattoo on the inside of the lower part of the arm is extremely feminine and it can very well plummet to your more tender side. This area is usually chosen for tattooing of words, but also in pictures – everything is acceptable.

It is a place where your hand is overlapping will require long sleeves, but you should not be prevented from opting for tattooing. However, we must warn you that tattooing in this area due to soft tissue can be quite painful. Beauty hurts, so squeeze your teeth.

Painting area of ribs will have a bit of a hurt for your bones, but once you put a tattoo, no one will be able to resist it. While there is no doubt about the inscription, as it is a relatively small space, consider the picture twice.

If you are ready to suffer pain, the tattoo on the shoulder is created for you. Depending on the mood and opportunity you can reveal the whole or just part of it, but by wearing a short sleeve shirt or shirt no one will know that there is.

The tattoo made on the back is extremely sexy and additionally emphasizes the gentle lines of this part of the female body. It is easy to cover it, and the only problem you will be after it is made. Namely, as you are in an inaccessible area, you will need some assistance in cleaning it.