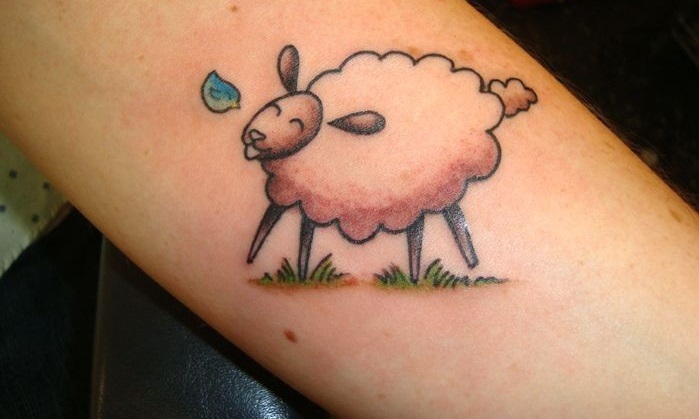 Well over 7 million people in Germany are tattooed. This is a cultural phenomenon that runs through all social classes and as a kind of taboo break still carries the touch of the exotic in itself. The tattoo as an expression of individuality and dealing with their own life ideas and desires has a long tradition.

Because of the variety of hints scattered all over the globe, it can be assumed that the custom of tattooing among the various peoples of the earth has developed independently and independently of each other:

In the north of Chile 7000 year old mummies were found, which had tattoos on hands and feet. More than 5,000 years ago, the glacier mummy Ötzi carried several signs under the skin with needles or small incisions. Particularly elaborate and large-scale tattoos are known from the Eisency Scythians, a rider nation of the Russian steppe and the Caucasus and from the Pazyryk culture in the Altai. This seems to disprove the often-held thesis that the custom of tattooing originated in Southwest Asia, spread from there through Egypt to Polynesia and Australia, and eventually spread to North and South America. In its ritual meaning it is in Micronesia, Polynesia, indigenous populations and z. B. also spread the Ainu and the Yakuza (Japan).

The Old Testament forbids the tattoo, probably because of the connection with the Atargatis cult. “And you shall not cut in your flesh because of a dead man; and etched writing you should not do to you. I am the Lord “(Lev. 19:28).

However, tattoos were common among some early Christian sects.

Wild sheep are now only found in Asia, North America and parts of Europe. The domesticated and rather well-known as domestic sheep can be found worldwide and thus even in Africa and Australia. Sheep are herd animals and prefer wide grasslands with moderate vegetation and little trees.

In many cultures, lamb and sheep were the most common sacrificial animals besides goats, which were sacrificed to favor, bless, and bless God, gods, or rulers (and thus no longer be out of favor).

However, it was also thought that one could cleanse oneself of sins, broken taboos or other atrocities and free oneself from the guilt of a victim of the innocent of all animals. For example, in Christianity the sheep became a traditional sacrificial animal for all who wanted to apologize to God for their misconduct, violations of the commandments and other atrocities committed and asked for forgiveness.

When the sheep comes into your life as a power animal, it wants to remind you of the power of dreams and draw attention to gentleness and renewal. Your current phase of life may require a sacrifice to help you progress and reach a goal. Or maybe you see yourself too often as a victim and it’s time for you to finally take that role out of the old circle and into a new circle. As a shy, but quite social and meek herd animal, the power animal sheep draws attention to a sense of community, honest love and peaceful intentions.

You will need something of everything if you want to find yourself, go your own personal way and go into a successful future. Just as the sheep is part of a larger group, so are you not alone, but part of a community. Pay close attention to your thoughts and actions, because they affect the community and your family (and vice versa). Simply indulge in sheep’s benevolent veterinary medicine as a power animal if you want to experience the simplicity of life.

Allow you to relax and unwind in the sun with relish and relaxation. Allow yourself to move closer, cuddle, and feel safe and secure in your community with your friends, family, or partner. But beware that no wolf approaches you in sheep’s clothing while you’re not paying attention. If the power animal sheep comes to you, then topics such as naivety, existential fear, defenselessness and herd instinct are on the agenda. Do not be too good faith, otherwise you will be exploited. If you are scared or feel alone, then look for closeness to the community, but be careful not to approach any community, but a community that actually protects and strengthens you.

But the sheep as a power animal also tells you that you should check your herd instinct. You may feel patronized and constantly do what others want. It is not always true what the crowd thinks and does and sometimes you have to turn against the crowd and do what you think is right.

A sheep in a dream usually indicates easy influence ability and naivety of the dreaming. You may be too good faith and exploited.

Moreover, the appearance of a sheep in the dream indicates a desire for inner peace and love. Dreaming of a flock of sheep heralds a profitable and successful time. In addition, standing in the pasture sheep in the dream proclaims happiness, health and work. Sick or shaggy animals warn of the failure of a project and promise a financial bottleneck that can be defeated only with thrift, diligence and patience.

If you are thinking of getting a tattoo, know that it will be forever. So, choose well what you want to communicate and the point where you want it to be done. Male tattoos are probably those in which one can dare more. Both in terms of significance and the inches of skin to be occupied.

Because as we said the tattoos are forever, the first advice is that it is something of your own. You can also follow fashion, make small tattoos or old school tattoos, but sooner or later this will pass and the tattoo will remain.

Someone has talked about male tattoos as real holes in the lock of the house from which others can discover the secrets of your personality. Robe big, in short. Whether on an arm, on the back, on the neck, on a foot, remember that almost certainly – if nothing else in the summer season – everyone will see it.

If instead you opt for a more intimate place, like the groin, then only your partner will know what meaning you wanted to give and why you did it right there tattoo. At that moment, you can explain. Maybe you avoid tattooing the name of every girl with whom you have a story because the next one could be resentful. And you will continue to have on the tattooed skin the name of a girl who maybe now you are indifferent or makes you angry.

Male tattoos can represent many things and, to be honest, the right place to make one depends also on the subject you want to represent.

Therefore the following indications may seem generic. A tip is that the tattoo can be covered because, especially if you’re young now, you cannot know in the future if your employer will be happy to see you running with a huge skull on the neck. But you too may get tired of always seeing the tattoo in front of your eyes and then you may prefer your back or a calf.

Another discriminant can be to choose a point where it is good to be stuck with the needle. Less painful body points are also suitable for particularly elaborate male tattoos. By doing a simple search on the internet, it is easy to find out which are the most popular places for a tattoo: the shoulder blades, the back of the neck, the forearm, under the wrist, the legs (with the ankles doing the lion’s part) and the whole back. The tattoo, small or large, in color or black and white, in these points is an evergreen, that is, never goes out of fashion.

They are parts of the body, those listed above, even rather sexy in the sense that, to show the tattoo just made, you must discover a bit ‘. In the summer, friends might be surprised not having had the opportunity to see the tattoo during the year, as covered by clothes. The risk of getting bored is very low if you choose areas of the body that are not visible or more often covered.

If you choose very small subjects, you can also try with the fingers (inside), the wrists, the knees, the calves, the portions of skin underlying the ears, the lower part of the abdomen.