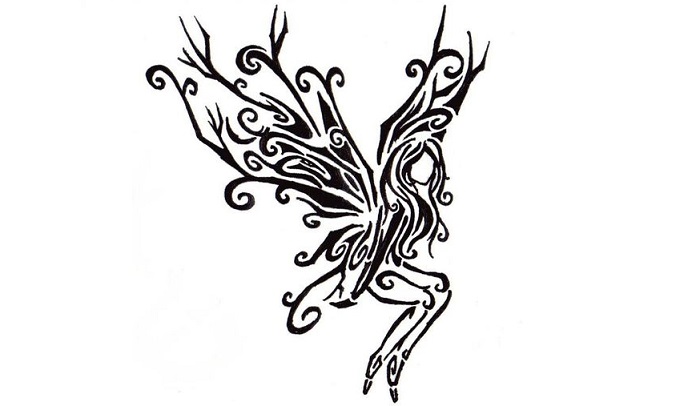 Since ancient times people all over the world were decorating their bodies with different symbols and images.

Their tattoos usually had very deep meanings and symbolism. Today is the situation the same.

There are so many different designs for tattoos and each of them has its own symbolic meaning. If you love tattoos and if you already have one, this article will be certainly interesting for you. We will talk about pixie tattoos and their symbolism. There were Picts tribes in Scotland who were decorating their bodies with different tatoos from fairytales and usually in a bright blue color.

First of all we will tell you who Pixie is and why this symbol seems to be so popular in the world of tattoos.

Pixie is a supernatural being that usually appears in children’s stories. This creature comes from Celtic tradition and it is usually represented as a human, but it is very small and it has pointed ears and hat.

Also, the color of the body of this magical creature is usually blue.

If you are interested to know more about this tattoo and its secret meanings, we recommend you to read this article. You will have the opportunity to find out why people choose this symbol for their tattoos and we will also give you some interesting ideas and designs for this tattoo.

Now when you know what a Pixie means, it is important to say that this creature is not completely the same as a Fairy. The biggest difference between these two fairytale creatures are large and pointed ears of Pixies and their pointed shoes.

As we have already said, they have usually a blue color of the skin, but it may be also green. Very often these creatures are represented in stockings that can be striped and usually in a bright color.

On the other side, we have fairies who don’t have any of these characteristics that we have mentioned. When it comes to the character of Pixies, we have to say that these creatures are usually mischievous and very curious. Also, they may be rude and rebellious sometimes.

When it comes to the meaning and symbolism of a Pixie tattoo, we will mention their frivolity and curiosity at the first place.

Also, this tattoo may be a symbol of youth, innocence, freedom, independence and nature in general. If you recognize some of these traits in yourself, then a Pixie tattoo may be a great option for you.

There are so many designs that you can choose if you decide to have a Pixie tattoo. First of all, you should find a good tattoo artist, who will be able to make a difference between a Pixie and a Fairy.

Even though these tattoos may be similar and have many common symbols, it is important to know that a Pixie tattoo should always have a rebellious character.

Now you will see some of the most common Pixie tattoo designs, so you can choose which of them is the best for you.

Dancing Pixie Tattoo. The legend says that Pixies were very playful creatures who were always moving around. We have already said that they are playful and always in a good mood. If you want to have a tattoo that will symbolize your frivolity and freedom, then you can choose a tattoo of a Pixie dancing or a Pixie playing an instrument. There is no doubt that this tattoo is celebrating life and joy, so you will always feel great when you take a look at your tattoo.

Sitting Pixie Tattoo. Another interesting design related to Pixies is a tattoo of a Pixie sitting. A Pixie may be sitting on flowers, mushrooms or maybe on stars. There are so many options and you just have to be creative and to choose something that seems interesting to you. There is a belief that if you choose to have a Pixie who is sitting on the star, it is a symbol of magic and desires that can be fulfilled. On the other side, it is believed that if you choose to have a tattoo of a Pixie sitting on a flower, it will represent nature.

Tribal Pixie Tattoo. There is no doubt that tribal tattoos have always been very popular. Of course, there are Tribal Pixie tattoos as well. These tattoos are a symbol of nature, home and spirituality. Sometimes they may also symbolize rebellion and independence. 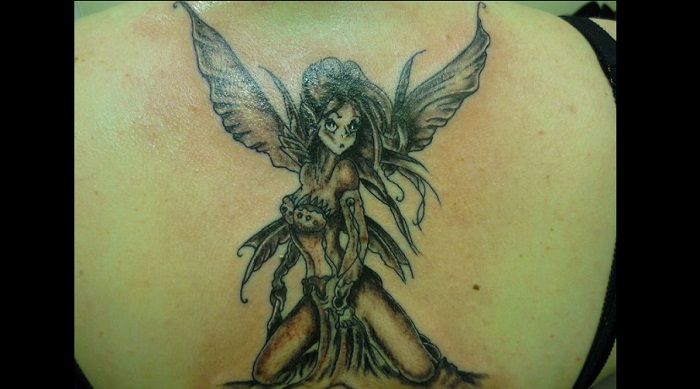 Butterfly Pixie Tattoo. Another interesting design that you can choose is a combination of Pixies and butterflies, which represents a symbol of nature and transformation. There are many people who choose to have a tattoo of a Pixie which has wings and looks just like a butterfly.

Gothic Pixie Tattoo. Of course, one of the most common designs is a gothic Pixie tattoo. In this case a Pixie is usually represented in combination with a skull, blood and other gothic elements. If you choose this tattoo, a Pixie will have to wear a black or dark purple clothes, because it is necessary to make a contrast to the blue skin of this creature. This tattoo is a symbol of anger and spite.

Sexy Pixie Tattoo. This tattoo is also very common and it is a symbol of sexual powers and dominance. Also, this tattoo may symbolize temptation and playfullness.

. As you can see, there are so many different designs that you can choose for your Pixie tattoo. Of course, it is important to choose something that will fit your own personality.

You should have in mind that your tattoo should have a meaning that will be important for you. In this article you have seen what a Pixie tattoo may represent, so if you think that you have some of these traits, we recommend you to choose this tattoo.

We hope you have found a design that has attracted you attention, so it will not be a problem for you to decide which Pixie tattoo is the best for you.