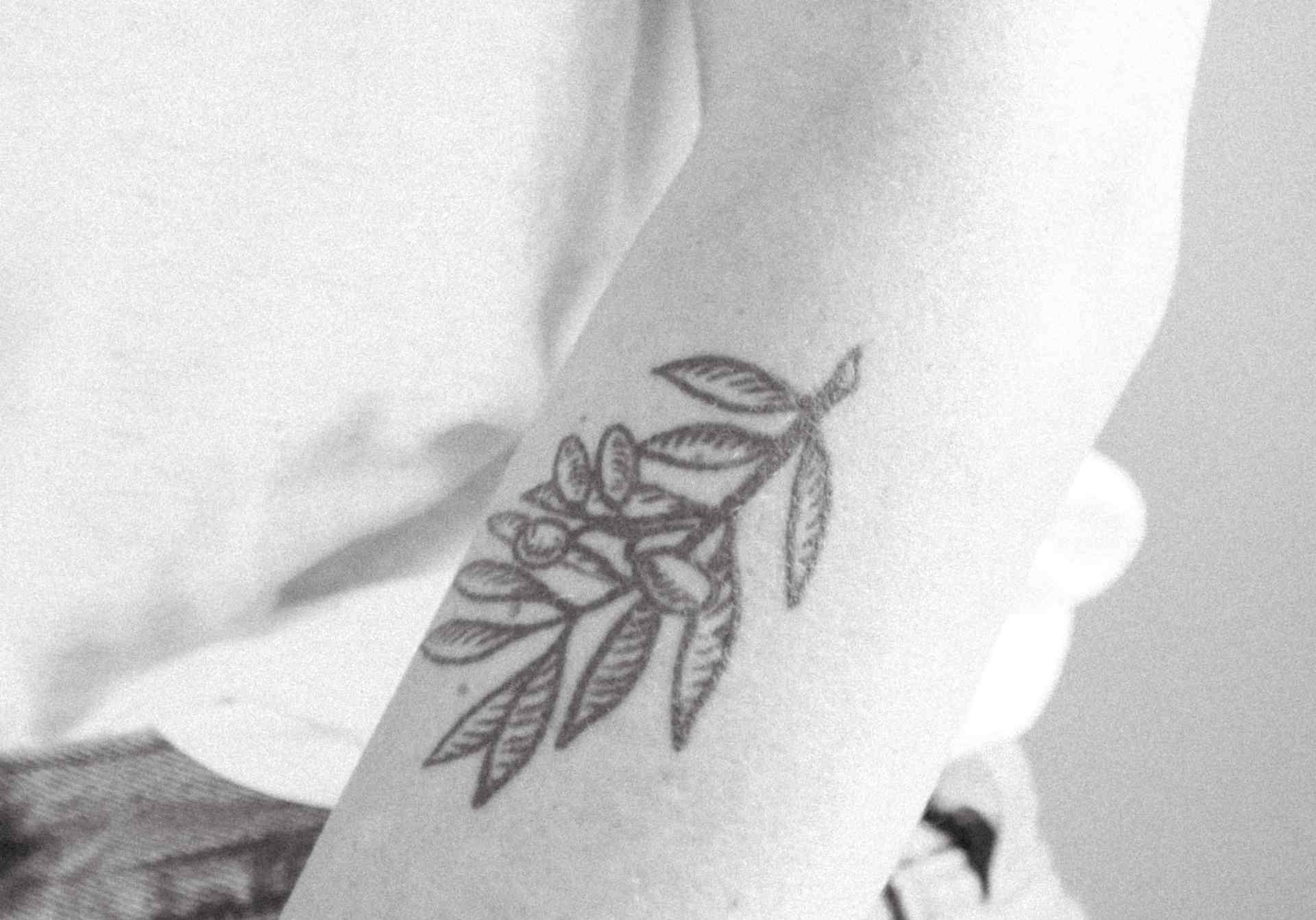 When it comes to tattoos, there are a lot of designs to choose from. If you’re looking for something that has a rich history and symbolism, an olive branch tattoo might be the perfect choice for you.

In this article, we will take a closer look at the meaning and symbolism of olive branch tattoos.

One of the most common reasons behind getting an olive branch tattoo is to communicate that you are interested in peace and harmony between people, nations, countries, etc. The symbolism associated with it can also be applied to indicate a desire for world peace.

The olive branch is often used as a symbol of victory. For instance, the ancient Greeks and Romans would award military units with branches, such as laurel wreaths or olive branches.

Olive branches have historically been used as symbols of peace, abundance, and prosperity, which might be why they were chosen by the Greeks as a prize for victorious athletes. Therefore, an olive branch meaning can also be associated with being ready to start over anew in life, with a clean slate full of fresh opportunities.

Another alternative interpretation is that it represents emotional renewal or hope after heartbreak or tragedy. You could use this interpretation if you feel like you’ve been burned by love before and now need some time away from relationships to recover.

As olive trees are closely associated with nature, growing abundantly on hillsides all over the Mediterranean region, your olive branch tattoo could highlight your love of nature or even your desire to live a more natural and simple life.

If you’re looking for an interpretation that has a deeper spiritual meaning, the olive branch is also mentioned in both the New and Old Testaments of the Bible, where it is used as a symbol of peace and prosperity.

The olive branch has a long history and is revered by many cultures for its symbolism. Here are some of the most common interpretations of the olive branch in different parts of the world.

Christianity: In Christianity, the olive branch is often used as a symbol of peace, redemption, and victory.

Islam: In Islam, the olive tree is seen as a sign of blessings from Allah.

Judaism: The olive branch is also considered a significant symbol in Judaism. It is often used to represent both peace and victory, as well as the community’s link to nature.

Hinduism: The Hindu goddess Lakshmi is associated with both wealth and prosperity, which may be another reason why Hindus associate the olive tree with their faith.

If you’re thinking of getting an olive branch tattoo, here are some tips to help you get started.

When it comes to tattoos, it’s important to choose a design that is both meaningful and visually appealing to you. You might want to consider getting an olive tree tattoo or a branch, which is a commonly used symbol in this type of tattoo.

You can also get some inspiration on Pinterest or Instagram. An olive branch tattoo can also look great as a thin line tattoo.

You’ll also need to think about where you want your tattoo placed. Do you want it to be visible for everyone to see, or would you prefer something more discreet? Olive branch tattoo designs are often placed on the arms, back, and shoulders.

Alternatively, you could also opt for a small olive branch tattoo on your wrist, ankle, or neck. This would be a more discreet option if you’re looking for an interpretation of the olive branch that isn’t as obvious to others. You might even be interested in a small dove with an olive branch tattoo, meaning that you are ready for a new beginning.

If you do want a larger tattoo, you could also incorporate different colors into your design to make it stand out and look more striking. Of course, you could always opt for a more minimalist design in black and gray.

If you do want color, it’s best to stick with green and white. These are both natural colors associated with the olive branch, so they will help your tattoo be even more meaningful.

You might also like to personalize your design by incorporating different symbols into it that hold extra significance for you or represent your personality and interests.

For example, if you’re a sports fan, you could get an olive branch tattoo with a basketball or soccer ball. You might even like to add your favorite quote or Bible verse about peace to your design. Or why not have a little bee frolicking among the leaves?

The olive branch is a widely recognized symbol of peace and is often used in tattoos as a way to commemorate this meaning. The olive branch has been used for centuries in various cultures worldwide and is revered by many cultures for its symbolism.

Getting an olive branch tattoo is a great way to show your appreciation for this symbol and all of its different meanings. Whether you’re looking for a design that is simple or more elaborate, there are plenty of options to choose from.

So, take your time, do your research, and find the perfect tattoo to represent you.