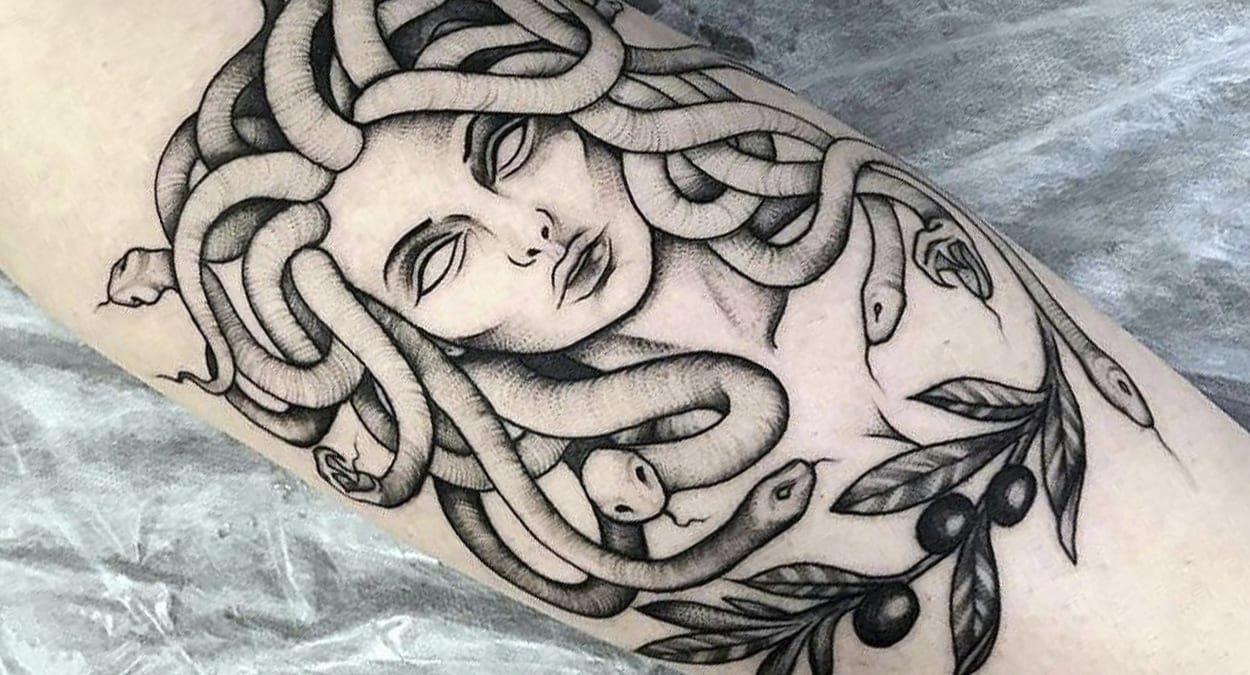 The medusa tattoo is one that has a lot of symbolism and meaning behind it. This tattoo is often chosen by people who want to represent their strength, power, and ferocity.

The Medusa is a creature from Greek mythology that was known for her ability to turn people to stone with just a glance. This makes her the perfect symbol for someone who wants to showcase their toughness and fearlessness.

If you’re thinking about getting a medusa tattoo, there are a few things you should keep in mind. First, make sure you know the meaning behind the medusa tattoo and also: What does the medusa symbolize for you personally? Next, be sure to choose an experienced and talented artist who can do justice to this complex design.

Finally, take into account the location of the tattoo and whether or not it will be visible to others.

In this article, we’ll take a closer look at the medusa tattoo and explore some of its symbolism and meaning.

We’ll also provide some tips on how to choose an artist and select the best location for your tattoo.

What does a medusa tattoo mean?

The medusa tattoo can represent power and ferocity and can be a reminder to always stay strong and never back down when the going gets tough. It can also symbolize not taking crap from anyone and being your own person in every situation.

Although the medusa is often thought of as a female figure, there are actually many variations of this mythological creature, including medusa tattoos with male heads or bodies. This makes it an excellent tattoo choice for women who want to make a statement about their strength, independence, and fearlessness.

The medusa represents the powerful woman, one who is in complete control of her life and destiny. The medusa head tattoo can be a reminder that you should always remain strong no matter what the world throws at you.

Finding medusa tattoos on men is not terribly common; in that case, medusa tattoos are sometimes paired with other symbols like snakes or dragons. This can represent the duality of strength and power that medusa represents.

Although medusa is often associated with death and the underworld, there are many medusa head tattoo meanings that represent the cycle of life and death.  These medusa tattoos often feature medusa in the center with snakes or skulls surrounding her.

The medusa tattoo can mean that death is an inevitable part of life and rebirth. It can also be a reminder that bad things happen to good people, but it’s important to stay strong through any difficulties you may be facing.

There are also medusa tattoos that are chosen as a symbol of revenge. These medusa tattoos often feature medusa with her head turned away from the viewer, as if she’s ashamed of what she’s become.

The medusa tattoo can represent the idea of taking revenge on those who have wronged you. It can also be a reminder to never back down from a fight and to always stand up for what you believe in, no matter who or what is opposing you.

Because Medusa was once a beautiful woman, medusa tattoos often feature Medusa as a beautiful maiden. This symbolizes the idea of fertility and rebirth or new life through reproduction.

The medusa tattoo can represent motherhood and the ability to give birth, as well as the good things that can come from bad experiences. It can also be a reminder of the importance of overcoming adversity and never allowing yourself to become defeated by anything in life.

Although the medusa is a Greek symbol, it has been adopted by other cultures around the world. For example, in Hinduism, the medusa equivalent is known as Kali, the goddess of death and destruction.

In China, a symbol similar to medusa is known as Nu Wa, the goddess of creation. She’s often depicted with a serpent coiled around her body, much like a medusa. Nu Wa is also known as the bringer of fertility and prosperity.

No matter what culture you identify with, the medusa tattoo can be a powerful symbol of strength, power, and fearlessness. It’s a great choice for anyone who wants to showcase their inner badass!

However, when choosing a medusa tattoo, it’s important to consider the meaning that the medusa has for you personally.

A traditional medusa tattoo design can be easily customized depending on your preferences. For example, you could add flowers, vines, or other elements to the tattoo to make it more unique. You could also choose a different color scheme that better represents your personality.

No matter what design you choose, the medusa tattoo is sure to be a powerful statement of who you are as a person. It’s a great choice for anyone who wants to show their strength and resilience in the face of difficulty.

So, if you’re considering a medusa tattoo, go for it.

Medusa tattoos can be a great way to show the world how strong you are, to remind yourself of your strength in difficult times, or to celebrate femininity and motherhood.

There are many different medusa tattoos out there. The medusa tattoo is an ancient symbol with many meanings and interpretations.

So, if you’re thinking of getting a medusa tattoo, be sure to do your research and find the design that best represents you and your personal story.