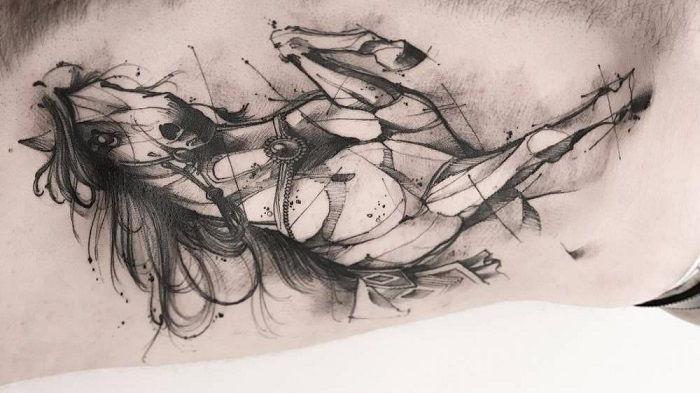 Horses are the most beautiful and the most elegant animals in the world. They are a great human treasure and have been very close to humans from ancient times.

It is really hard to think about our history without horses because they have proven themselves as irreplaceable in many situations.

There are so many nations who became known for their horses than you think of  and to whom horses were more precious than anything else.

Just remember the Mongolian riders and their horses flying through the steppes. They were terryfing and fearless and the horses were just as intimidating.

There are also Gauchos in Argentina and there are cowboys at America’s Wild West. Western movies wouldn’t be what they are without horses. The cowboys in that time were well aware how important horses are.

All these men couldn’t live without horses and their help through the past and there are many towns built and many farms grown with the help of horses.

As a form of transportation they were irreplaceable for hundreds of years. They were always strong and hardworking and they developed a really special connection with the man.

This is one of the reasons why having a horse was always more about friendship than ownership.

Horse became a great help to humans and a big necessity so humans developed a huge respect for them, especially the Native Americans.

Native American became the greatest horse riders, paying respect to horses at the same time. They had totems of horses and they especially respected wild horses.

Horses were always very important to them but they have found them very spiritual and thought only the best about them. 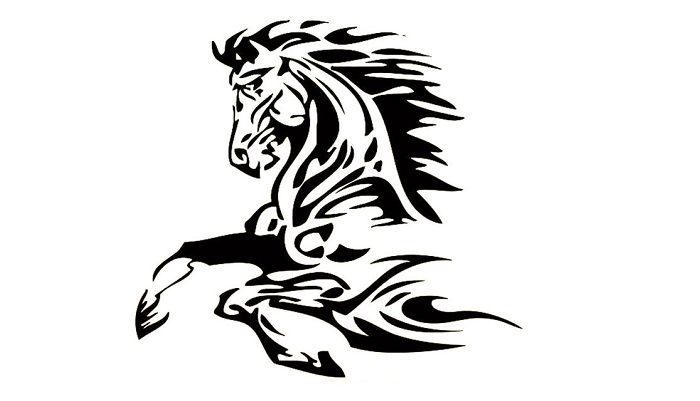 You have probably heard of the term “horsepower” in the car industry. It is a tribute to horses related to cars which speaks about the horses’  big power and speed. It is no wonder that the name for the car power relates to these majestic animals.

Horses have been very important to warriors in the past. Genghis Khan is known as a great conquerer and his horse riders have been masters in horse riding.

Their horses were astonishly quick and never disappointed them in battle. They could always rely on them and their power and energy.

In the ancient Egypt, the Egyptians fought against their enemies while riding chariots drawn by horses. No matter the cargo they pulled, the horses were astonishly fast.

The Catholic Crusaders (the Knights Templar) had the best and the most fearless stallions on earth while crusading for their beliefs.

You have heard the stories about the white horse and its importance. There  is some significance due to the color of the horse, for your information.

If you think of all the stories about knights who rescued their princesses you can see that they all rode a majestic white stallion.

It is believed that they are supreme  horses, and the reincarnation of gods in many traditions (such as god Vishnu, of the Hindu).

On the other side, the black horse is considered as a bad sign, an omen which is not taken lightly. This depends on the religion, though. It’s all very different in different countries and some people think that these symbols are nonsense.

This has been taken from the legends but today there isn’t much difference about it.

Because of the great popularity of these animals, the meaning and symbolism connected to horses has many variations. There are so many theories that people believe in and they make the whole thing much more interesting.

There are a lot of types of horse tattoos. For example, the red horse is symboling fire, the dark horse symbolizes war. The colour, obviously, means a lot. Maybe you can guess that the purest form would be a white horse, but this is a tattoo that looks good only on people with darker skin tones.

Carrier horse tattoo is a symbol of natural energy and the power of the nature.

The meaning of Horse Tattoo

Generally speaking, horses are related mostly to these traits:

Nobility – this reffers to all horses because they are really proud animals but it especially applies to white horses. They rarely hurt anyone and, if they really do it, it means that you have provoked them in a way.

Freedom – this is something horses cherrish a lot, and if a horse is born in the wilderness, it is not easily tamed. One cannot count on the fact that a horse will easily become a “pet”.

Grace – this trait can be easily spotted if you see how horses walk and react. They are very royal.

Strength – horses are powerful creatures and today cars have “horses power” for a reason. They are quite big and they can move a lot of things, as well as pull a lot of them. Because of this, they were used throughout the history.

Bravery – horses are very brave, which they have shown through thousands of battles in the past

Fertility and Rebirth – horses are really fertile and they show their gentle but strong romantic soul often to their mare.

Intelligence – horses have proven their intelligence in numerous ways. Sometimes they have even saved lives with their sharpness.

Beauty – beautiful is the one adjective no one can dispute when horses are in question.

Death – this is a trait connected to black horses and it shows how color can make a difference when people are concerned.

It doesn’t matter if you want to make a horse tattoo just because you love these magnificent animals or you respect them as great creatures and want to show your connections to their free spirits.

No matter the reasons, you can make some awesome tattoos with different designs, such as followed.

Horses had a big influence in Celtic history. The Celtic goddess of Fertility, who was named Epona, was the protector of horses, mules, and donkeys.

Horses were also related to the god of the Sun.

Tribal Tattoo is designed with some variations which are distinctive to different cultures.

Most of these tattoos are connected with Native American people and people from the tribes of South American.

Their horse tattoo is related to their spirituality and their beliefs that horses are special animals. These tattoos represent the power and the strength of the bearer but not only in the physical but in the spiritual way.

You must have heard about the Pegasus, a legendary horse who was created from Medusa’s blood.

Pegasus became a big legend after Zeus took him to become his companion in  bringing lightning to Earth from Zeus’s Olympus.

The legend took them through various adventures where they fought side by side.

Pegasus was also often connected with the Muses.

That is why Winged Horse Tattoos represent the best traits ever: freedom, creativity and power.

This traditional tattoo came from Europe and speaks of the horse shoe as the sign of luck and prosperity.

This tradition spread all across the globe when the European immigrants relocated all over the world.

But getting a shoe horse tattoo has to be made properly too because there are some rules about it.

If you are from Ireland and England your horse shoe tattoo will be pointed upwards, but if you are from the South it has to be the other way around.

The horse shoe tattoo is worn by people who want to change something in their life in regards to wealth and fortune.

An interesting place to put a little horse shoe tattoo is behind the ear.

The bearer hopes that this tattoo will bring him luck.

The flaming horse is a beautiful tattoo which must be made in colored ink to show the horse in its beauty.

Flaming Horse tattoo shows the power of the horse through one of the most basic natural elements, Fire.

This tattoo design will be chosen by people of extremely big strength and power.

If you want to show your beauty and agility, this is a good tattoo design to choose.

It is mostly related to Arabian thoroughbred horses who are one of the most majestic animals in the world.

If you put on this tattoo it will represent your will to be free and wild, just as the powerful running horse.

Somewhere in the middle of the heart rate line an image of horse is added, just like the horse is a part of a heartbeat.

Watercolor tattoos are very popular amongst men and women due to the color palette used on it. The horse looks like a magic creature when its tattooed by watercolors.

This is a tattoo very loved by women who find it to be a great combination to show their power and their gentle side too.

This tattoo is only for the brave ones because it covery the whole back and it takes a lot of time to do it.

But then, if you want to put a horse tattoo on your body you have to be fearless as the horse.

It is mostly done in black or brown version.

Horse head tattoo is a great tattoo for every part of the body because it can be made in small or big version.

The horse’s crest is made very detailed and is often made to look like the horse is in run or the wind blows on him.

Just like other animal tattoos you can make a small horse tattoo on your wrist, ankle, shoulder or neck. You can place it anywhere you want.

It is often made as a fully black image and sometimes the horse is only outlined with a black line.

This magnificent animal deserves to be one of the most popular horse tattoos because its beauty and elegance is divine.

This tattoo comes in a brown ink and is made as 18th century paintings of horses or as horses from the children’s books of fairytales.

This unusual tattoo is quite often because it combines to beautiful animals known for their free spirits: birds and horses.

It is an image of a feather in which a horse is painted in, and it looks very interesting because such a big animal is placed on such as sensitive element like the feather.

This is quite a complicated tattoo to make and it has to be done by a good tattoo master. It is made like the horse is the part of the body and like it will move on the skin.

This tattoo looks great no matter from which angle you look at the tattoo.