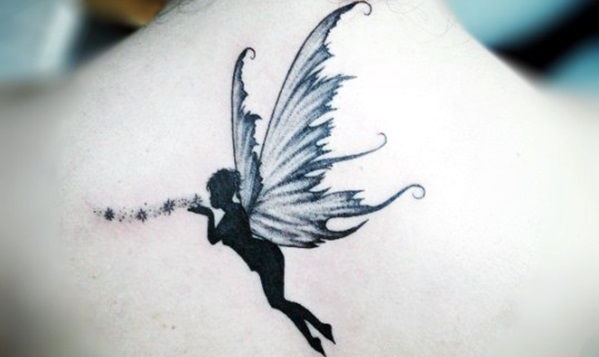 Tattoos have become a staple piece of modern culture and everyone has at least one small tattoo. People are pretty much divided between those who adore them and those who can’t stand them, but the number of latter ones is drastically decreasing. Tattoos don’t have to be large and take up your entire body, since there are many designs and skilled artists who are going to make a perfect tattoo design for your liking.

In the past, tattoos were used as markings for different tribe members and their leaders, so people can recognize themselves in the crowd.

Later, they became a symbol of the lower class citizens, and only sailors, criminals and people who had restless lives were the ones with tattoos.

This is a popular opinion that is slowly fading and people are embracing tattoos now more than ever. They have become almost a fashion statement and everyone likes wearing them on their bodies. The bad thing about tattoos (or good if you use the right way) is that they last for life. This means, if you get something stupid tattooed on your body, it is going to be there forever (unless you go under laser removal which is painful and expensive).

There are many different designs and ideas out there for tattoos and choosing the right one can be hard. In today’s text we are going to see the symbolic meaning behind the fairy tattoo and what does this tattoo mean for the person wearing it. So if you are planning on getting a fairy tattoo, this can be a great way to find out more about it.

Fairies belong to the mythical creatures. They are mythological women or girls of unusual beauty, endowed with power.

They are described as young girls who live forever and have lush hair, occasionally dressed in long white, airy dresses. They are believed to live underground or near the old hills, caves and springs.

The folk traditions differ from the good fairies that help people and the evil fairies that are trying to harm us; however, the difference between these two groups is sometimes quite vague. In medieval Europe, the fairy represented a woman with magical powers, and some hundred years later, the same word began to be used for the elves. The image of the fairy with twin wings appeared only at the end of the 18th century. Both expressions represent little people of forests and fields.

Some fairies are small, others are tall, and fairies may sometimes have a human appearance. In stories of good fairies they bring happiness and help, though they often do so under certain conditions. Cinderella, for example, has to go home by midnight or her gorgeous dress is going to turn into a cloth. The landlord to whom the fairies paid for the help or groceries should not look at the gift until he comes home, otherwise the money will turn into dry leaves-and if he is paid for dry leaves, he will be converted into gold upon arrival.

Pixies: Poor, young elves or fairies always dressed in green, helping people, especially the poor and unlucky. But they can also be tricky and nasty if they are bothered or unsuccessfully rewarded. Many little people pay tribute or give gifts to them, so people typically leave a piece of fresh bread or sour milk on the ground. In particular, pixies are used as characters in fairy-tales.

Light and dark elves: bright elves live in the air or in the trees, and are usually benevolent. The dark elves live under the ground, and are inclined to do submerged tricks. It is enough for a man to breathe in his face, to make him angry. All elves can become enchanted to become invisible. The market place is easy to see from the distance, but it will disappear as soon as you approach it. If you try to break through it, you will feel bowed-as if you are walking in a market full of invisible people. Upon arrival at home you will most likely realize that you are sick or ill.

Leprechaun: Some fairies live a lonely life like lizards but are extremely rich. Even if one man is able to persuade one of them to take it through valleys and swamps to his secret hiding place of gold, the leprechaun will always trick him. Somehow he will distract him and disappear, leaving him lost, confused, and without treasure.

Fairy godmothers: in Greek and Roman mythology they appear as judges, and in Scandinavian mythology they are called nornir or norne. There are three of them, while some claim that they are just planning a destiny for humans, others say they only anticipate it. Whatever the case, all three fairies are the thread of each human life, and when the thread is cut, life is over. In a popular fairytale, after a long revelation of myths about fairies, at one point they began to describe the wonders of the newborn babies to announce what their future is waiting for. They gifted gifts of material things as well, but also luck, talent, and abilities. Then they became known as fairy godmothers. In some stories there are seven, in some twelve, in some even more. As they changed over the years, so did their behavior. For example, in Cinderella she was not a baby, but a young woman was assisted by her godmothers. The made belief fairies almost always carry a magical wand with them. A Christmas fairy or coat of arms fairy would be helpless without that essential magical aid. True Elves and fairies rarely or never use such items.

Flower fairies: Most often live among the flowers. In a field or a meadow. They have the flowers  as their homes and are usually found there. Each fairy has its own flower as a home. Early in the morning, when flowers are poured with morning dew, the floral fairies use it as a morning bath.

Patu-Paiarehe: these are New Zealand Maori fairies, they are group fairies. They live in the trees and appear in the mist. Like elves they like music and dance, and can teach people magic. Sometimes they call you from a long distance walk, and if you follow them, you can be lost in the woods.

Fairies can live in a forest, near a stream or pond or in a field or meadow. If they are worldly fairies they find their place among the flowers and, for example, tulip flowers where they make their home. Forest fairies live in the woods and find some high wood like your home or you can find some place near the stream. We also have those who like water, so they live in water or near it.

Fairy tattoos are one of the most popular tattoos out there. Fairies and generally mythological creatures are a popular source of inspiration for everyone searching for a perfect tattoo. Fairy design is one of the oldest designs as well, and one that was very popular in the 2000s. There are many different designs including fairies so it is pretty much up to the personal preference. Fairy designs can be classical designs or they can be more innovative and creative, depending on how you want to present your idea on your body.

When coming up with a tattoo design, it is best to get advice from the tattoo artists who is tattooing you because they can explain to you which designs are more suitable for your age, gender or just basically which tattoo size is going to look best on a specific part of your body.

Fairies symbolize something mystic and creative, so tattooing them should have some kind of bond with these two symbolic meanings. They are also symbols of beauty and elegance; so many girls opt for this tattoo because they want to accentuate this part of their character. They can also be a spiritual statement and representation of your culture, especially if in your culture fairies played an important role.

When it comes to design, you can think of almost anything and connect the impossible on your body.

Fairies are usually tattoos win flight with their wings wide open or moving. This tattoo makes us positive and gets us in good mood, especially if the overall design of the tattoo is uplifting and positive. If you want to create a more sinister look of your tattoo, then you can tattoo your fairy with broken wings or even down on the ground. This can be a representation of hard or difficult moments you went through, were you felt down on your knees and broken.

Fairy can also be painted in male and female form, which is the reason why you shouldn’t feel restricted to only female versions. They can represent a person you lost in your life and have almost a form of an angel, guiding you and looking out for you from the sky.

Fairy tattoo designs can also symbolize freedom and breaking the barriers in life. Their wings should be widely spread in order to capture the feeling of freedom and living on your own.

Fairies can also symbolize your childhood and moments when you felt like the whole world belongs to you and that nothing can stop you. They can be reflections of dreams and aspirations you had in life, or the ones you are still striving for.

In conclusion, fairies are definitely symbols of female energy and elegance, but there is no reason for men not to get this tattoo.

Fairies symbolize spirituality, feminine energy, childhood and beauty in all its shapes and forms. No matter how old you are or how much you believe in things like fairies, this tattoo can be a beautiful symbol on your body for everything spiritual and beautiful to come.

Fairy tattoos can be creative and there are many designs of his particular tattoo that you can choose from.

The best way to create a unique and meaningful tattoo is to think of what the fairy reminds you of and then discuss the design concept with your tattoo artist. This way you are going to get a memorable and beautiful tattoo on your body that is always going to be a reminder of the moments you went through or the people who mean a great deal in your life.